"The Beginning of Something – announcement

The project 'The Beginning of Something' will take place from 20 September until 27 October 2013 at my gallery (at Westside) 's-Hertogenbosch in the Netherlands, featuring works from promising visual artists younger than 30 selected from Berlin, Bruges, Brussels, Frankfurt, Ghent, Lisbon, London, Madrid, New Haven, New York, Paris, Rotterdam, Venice, Vienna, cities housing one or more works by Jheronimus Bosch in public art collections.

This project in co-operation with Koos Kwaks - takes a lead to the upcoming retrospective in 2016, bringing together all original Jheronimus Bosch paintings to his hometown 's-Hertogenbosch. The exhibition will be part of a number of parallel shows planned for the same period as the main BYTS show in the Stedelijk Museum, SM’s.

The idea for the exhibition is to create a collaborative work which could be composed – as the title already suggests – from simple works. Images which come close to a romantic idealsm, an object of desire, or the beauty of a dream." 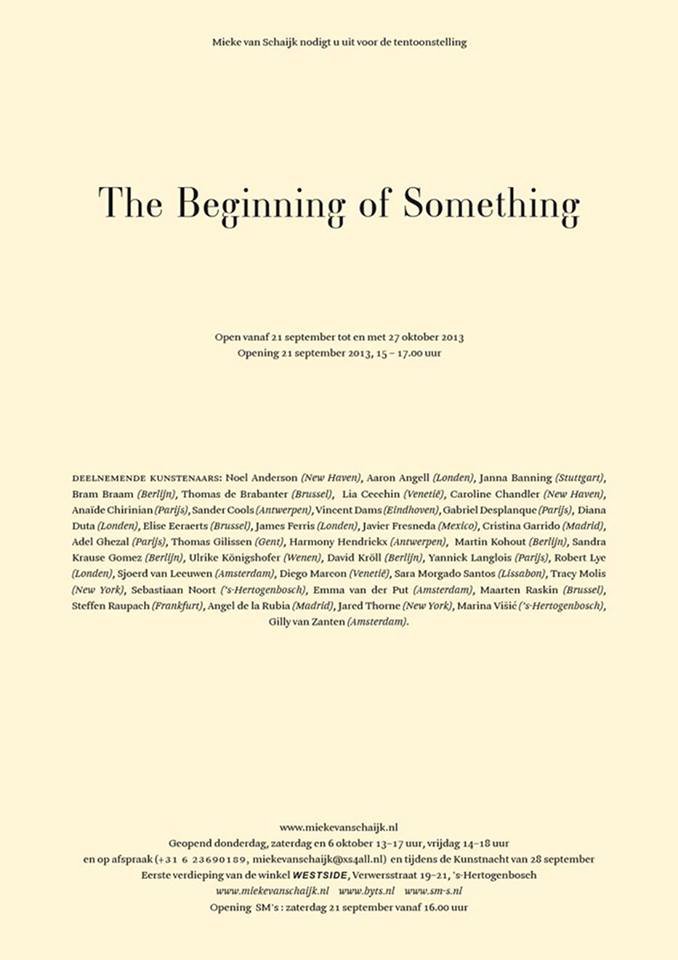